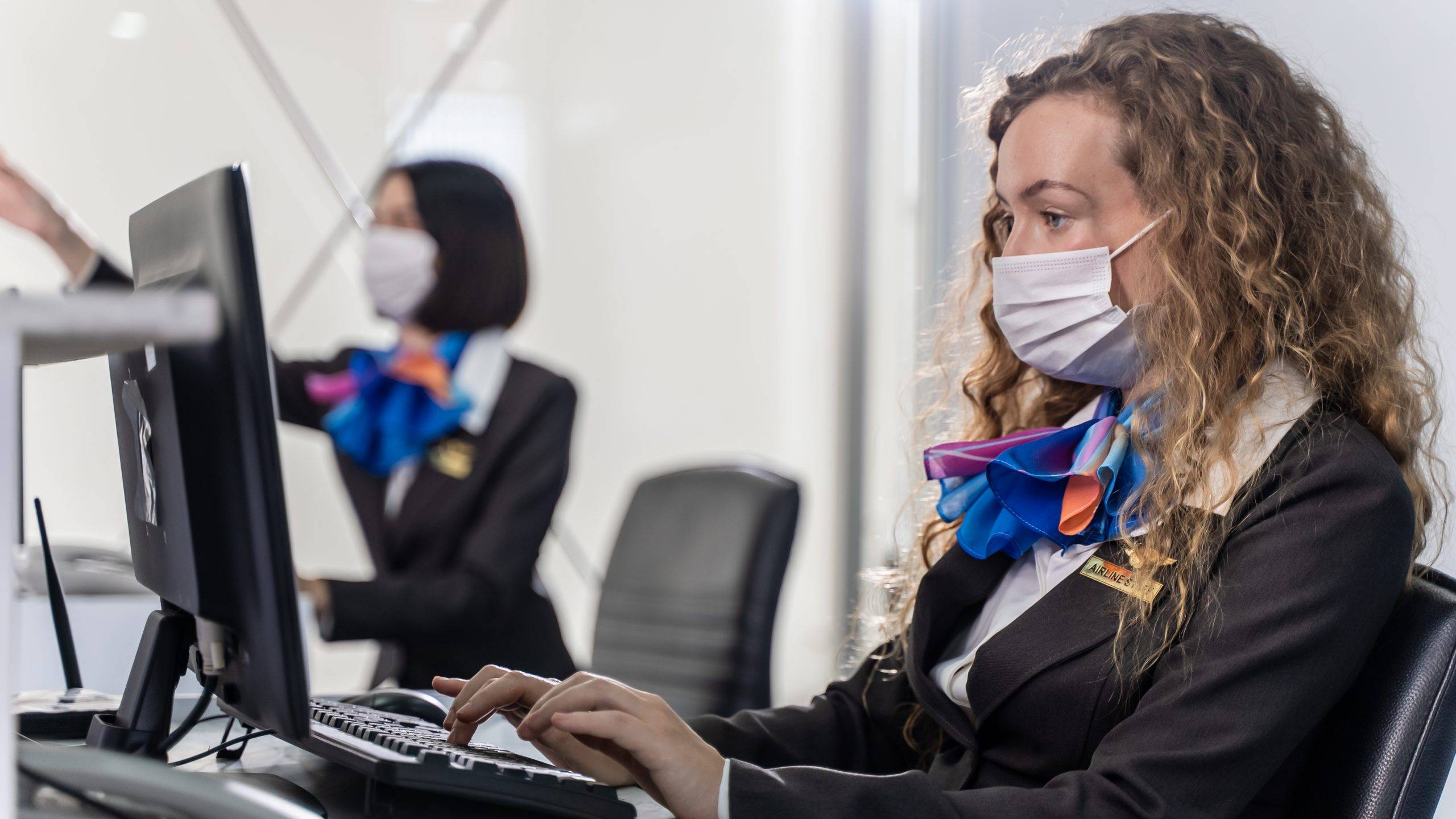 The puzzle of figuring out the best way to get to work is typically one employees, not employers, solve. Some organizations might offer certain commuting benefits, but in most cases, employers let employees fend for themselves when it comes to their commute.
That oversight could be a big mistake. A 2018 survey found that 23% of employees have left a job because of a bad commute. Conversely, other research has found that a convenient commute could help businesses retain employees for 20% longer.

In recent months, employees have quit at remarkably high rates to seek jobs that are more convenient and beneficial for them. The commute is one of many factors employees consider when deciding whether to quit—and providing commute support could make a difference in their decision.

The Stress of a Long Commute

Commuting is often a source of stress for employees, and employees at Hartsfield-Jackson Airport are no exception. A 2019 survey found that nearly one third of airport employees working in on-terminal concessions or other airport services had a commute longer than 45 minutes. This particular subset of employees is also most likely to take public transit, with 49% taking a bus or train as their primary commute mode.

Employees in airport management and airline operations also frequently have long commutes, with 27% of on-terminal workers and 25% of off-terminal ones commuting for more than 45 minutes each way. 70% and 84% drive alone, respectively.

Overall, these stats paint a picture of lengthy, potentially stress-inducing commutes among all types of airport employees. Employers who help lessen this stress may be better able to prevent employees from leaving for a job with a more accessible location.

How to Improve Employees’ Commutes

Depending on the needs most relevant to your employees, commute support could take a few different forms.

Often, the most inconvenient part of using transit is getting from home to a station—especially when home is more than half a mile away from. Similarly, commute transit lines, whether bus or train, do not always extend to a commuter’s final destination. In either of these cases, employees may have to drive in traffic just to avoid the inconvenience posed by the first or last mile of their commute.
First- and last-mile solutions are transportation services, such as shuttles or carpools, that take employees either from their homes to the nearest transit station or from a station to your place of employment. They can be immensely helpful to employees who rely on transit, and may also make transit viable for employees who would otherwise have access to it.

Transit costs can add up, and if getting to your place of employment is too expensive, employees may try to save money by looking for jobs closer to home. You can help offset that cost with subsidies, pre-tax transit savings plans, or third-party rewards programs that offer bonuses to transit riders.

Providing vouchers for rideshare services and joining the Guaranteed Ride Home program, which pays for rideshares after transit services are closed, can give a lifeline to employees in case of emergencies.

Commutes can be rough, but commute support can take the edge off by helping your employees save money or find easier ways to get to work. This in turn can keep them at your organization for longer—as well as helping them arrive on time, avoid absenteeism, and have a better work-life balance overall.

Want some guidance on providing commute support employees that’s tailored to your company?

The puzzle of figuring out the best way to get to work is typically one employees, not employers, solve. Some organizations might offer certain commuting

In a landscape where employees are being increasingly selective about where they work, employers are looking for ways to introduce small perks that could make

Employee Retention Part 2: Providing the Support that Keeps Employees Around

We recently shared some insights on how hiring the perfect-fit candidate reduces the chances of employee turnover. Once you’ve hired that ideal employee, though, effort